Most of my friends and clients have a fundamental problem with seeing logical things clearly, which may be due not only to the slowly deteriorating health status associated with aging, but also to increasing calcification. In any case, many of us live with a diagnosed disease that won't give up - it keeps bugging us. I know the feeling, I was there myself. I have spent ten years of my adult life struggling with multiple sclerosis, and my entire professional career I have struggled with the diseases of others. Shortly after I was discharged from military service, my father asked me about my career aspirations. I was 28 years old. My answer was: "I want to produce or invent a medicine that is a panacea." My father was kind and didn't answer. Frosty winters came and went, and I will be 59 next week.

If I do the math, I have spent 31 years searching for something impudent and unattainable. Now I am blessed - if there is such a thing - for never giving up. Now I know how to stop and even reverse the aging process. With this knowledge, it makes no sense to look at individual diseases, as they disappear when the aging process is stopped. Every substance ever mentioned by anyone in the line of rejuvenation has a documented aspect. They all have a panacea virtue. What does it take? First and perhaps most importantly, you have to want it. I do not want it, because if you want something, you cannot have it. If you want something, you know you can have it, but it's not yours yet.

So it would be best to combine a firm and immovable intention with the desire. The wish then creates the feeling. "I want to stop my aging process and I will accept nothing less!" Something like that... Then you must understand the missing link. Why are the young so strong and flexible and beautiful? Because they have access to life energy. We humans lose that access at the age of 22. At that age, we can only get the life energy indirectly from the food chain, and the missing link is the direct access to life energy, which is the Holy Grail. Until the telomere caps are on our DNA strands, we have direct access to life energy. When they are gone - somewhere around our early twenties - we begin to age, i.e. to deteriorate physically and mentally. With nanotechnology we can now create the missing link, the CO2 plasma.

This opens the windows of our body for the inflow of life energy. Opening these windows is done by a mechanism unknown to me, but probably not by making new telomere caps, as this happens within minutes after the first intake of CO2 plasma. You feel it every time you take it within a few minutes. It is unmistakable. And the body begins to heal like clockwork. Why am I only telling you this now? Because I was waiting for irrefutable proof. This happened two days ago. I realized I could bend my spine, shoulders and hips with the ease of my youth. I almost fell out of the shower! So I called the practice and told them I would be late for work because I needed to check it again. I drove to my horses and saddled my stallion. I thought to myself, riding a horse at full gallop needs such complex muscle management that it will give me all the proof I need. And it was really impressive, it was like a smooth flight. I have been riding for a long time and I know what I can and cannot do in the saddle. I am aware of how stiff my muscles and joints are and how rusty my reflexes have become. Well, the free motor functions are back after two and a half months of plasma intake! What else happened during this, my own 75 days of plasma intake? Profound changes, too many to list. Therefore, I will only mention here the three most important ones, which are the most important ones in my intention and which, according to my life experience, do not normally occur. Thirteen years ago, I was in a bad motorcycle accident. I smashed my left arm, ribs and left tibia - there were several fractures.

In the hospital they glued, wired, plated and screwed my bones together and everything healed well, except for the remaining nerve damage in my left leg and the bad varicose veins due to the long wearing time of the plaster cast. So the calf of my left leg was almost twice as big as the right - no pain, just loss of sensation when touched and it was ugly to look at. Now my left leg is almost the same size and shape as the other, and the varicose veins are hardly noticeable. These things don't just happen. Every three or four days, when I take the plasma, I feel an intense coming and going in my affected leg and then I stop. This tells me that something is happening. The other example is even better. Here in the Balkans we grew up under a strong Slavic influence, which means that almost all men were and are alcoholics. Since I was fourteen years old I have been drinking alcohol almost every day, usually in the evening. That's gone. I have no more liquor and beer. I can drink it - and occasionally I still do - but the acute feeling of poisoning the body is so strong that I don't want to drink at all instead. This usually does not happen to a "real" Slav! It means that the senses become sharper. But at my age they should decrease - let's follow the normal prognosis of the doctors! The third example is profane, but the older men will knowingly nod. It started about two years ago that I had to get up a couple of times every night to pee. We know it as age-related prostate enlargement. There's not much you can do, and the sexual power is decreasing as well. Honestly: The prostate is normalizing again and the other - well, you can guess it.

Anyway, my wife is happy about it... Practically everyone I spoke to after I gave him nano-calcium praised it. I'm not quoting her words, because that would be modern aggressive marketing, which I hate. Now that you've all gotten to know me better over the last two years, I suggest you try the nano-calcium once for three months. (For those of you who have been taking the Red Calcium so far, this means that you can save yourself the trouble and take the Nano Calcium instead). Experience these wonders first hand. I am convinced that after three months you will agree with me. You will have your own stories about the supposedly impossible - and feel a change in your body. I have been working on this for umpteen years and have achieved a lot with my pills and tinctures, but the Nao-Calcium is really extraordinary. And I wouldn't know what else to take to control or reverse the aging process. If you read the relevant medical publications, only a small elite will be able to afford such miracle cures in the future. Apart from the fact that they will not even be offered to the average citizen. That doesn't sound very fair, does it? The usual dosage, like my Red Calcium, is two capsules a day, but that can be too much at first. You'll find out. So you should start with one capsule or even half a capsule a day and then later increase to two capsules. As your body becomes more energetic, you will feel that you want more. Then take more. Do not stop taking it - under no circumstances - until you feel the miracle of breaking through the barrier of low energy levels. Since last week, the borders with Hungary have been open again and things seem to be returning to normal, but I think that appearances are deceptive. During the Corona period we were able to deliver, albeit with delays.

However, I cannot promise that this will always be the case. There may come a time when I will not be able to deliver, but then it will not be up to me, but to the political circumstances. I will continue to produce diligently! The story of my life is unusual and there are also some incredible moments. I have more or less had to struggle with losing the fight against the aging process in the last few years. But now I am planning for the next hundred years. And my research is far from over!

I want the same for all of you, my friends. 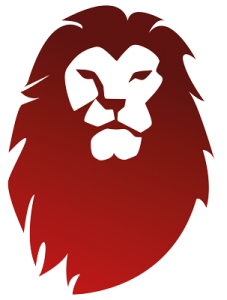